THE THREE BIG QUESTIONS IN CHOSING A HYDROSEEDER ARE:

Is a paddle or jet agitation the best choice for me?

Below we list the advantages and disadvantages of both types to help you decide.

What sized unit should I get?

We share our thoughts about choosing the right size for you on this page.

What brand of hydroseeder should I buy?

This is actually the least important question.  We always try to be honest in what we tell people and the truth is all major manufacturers of hydroseeding equipment make a good product and you will be happy with whatever brand you chose.  We try our best to build great machines that perform well and are affordably priced but all brands are time tested and perform well.

THE PRO’S AND CON’S OF JET AGITATED SYSTEMS

THE PROS AND CONS OF PADDLE (MECHANICAL) SYSTEMS

WHAT SIZE MACHINE IS RIGHT FOR YOU? 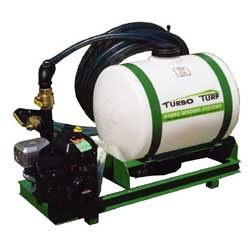 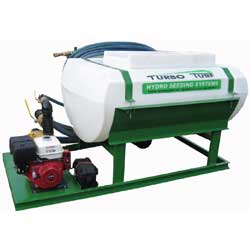 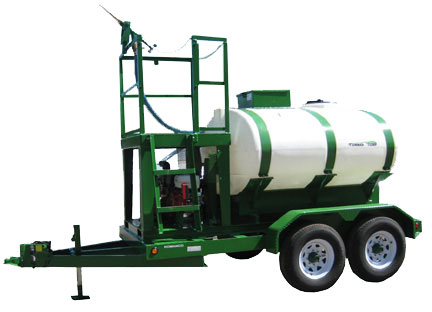 Choosing a size is not always easy since a smaller machine allows you to get into the hydroseeding field with less expense and a larger machine lets you get jobs done quickly making you more productive.

Deciding what size of machine to get is more a case of knowing the kinds of jobs and size of the jobs you will be doing.  You can do big jobs with a small machine and small jobs with a big machine but you can do larger jobs faster and more efficiently with a larger machine.  Another consideration is the amount you have budgeted for a hydroseeding machine.

We suggest if you are going to do primarily residential work that the best choice is at least a 300 gallon machine.   We have seen people be quite productive with a smaller machine and often they improve the productivity by having a water tank with them so they can refill quickly.  I have seen people say they could seed as fast with a 150 gallon unit and water tank as someone with a 500 gallon unit and no water tank.

Another thing to keep in mind is how often you will be hydroseeding.   A landscaper who does a handful of jobs a year may be better off by investing less in the size of a machine and even if it takes an extra hour or so to do the job it will still be effective and efficient and better than subbing out the job to someone else.

WHAT ARE THE DIFFERENCES IN TURBO TURF’S MODELS

TURBO TURF HAS A NUMBER OF MODELS IN EACH SIZE

All EH models such as the HS-300-EH and HS-500-EH have a custom molded tank with a built in bale tray to make loading easy and minimize spillage.  They have 13 H.P. Honda electric start engine.  They have a cast iron pump designed specifically for hydroseeding with 333 GPM flow and 72 P.S.I. pressure.

Advantages of the EH series over the E8 Series

Advantages of the XPW series over the EH series

Advantages of the ZX series over the XPW series

The Hybrid units are designed to have the best advantages of jet units with many of the advantages of paddle or mechanically agitated hydroseeders.  There are two engines on the Hybrid.  One is directly coupled to the centrifugal pump with no belts chains or pulleys and no need to ever grease anything on the pump.  The other engine powers the paddles using a simple belt drive.  With the Hybrid you can load full bales without the need to break them up.  Just drop in the complete bale.  You can pump a thicker slurry then you can with a jet unit.   One big advantage of the hybrid series is that it is easy to run and can be run easily by one person.  The only disadvantage with the Hybrid compared to our other mechanical units is that we do not recommend it for difficult to spray materials such as 100% wood mulches, BFM, FGM’s such as Flexterra.

The T series units such as the HM-400-T, HM-500-T, HM-750-T and HM-1000-T are designed to be a very affordable unit that is able to handle a thick slurry of even the most difficult materials such as 100% wood mulches, BFM’s and Flexterra.  T series units use a simple easy to service belt drive to power the pump and paddles.  They come with a positive displacement Bowie gear pump.  The come plumbed to be able to pull water from a pond or stream (hose optional)

The HARV uses the same engines and hydraulic drive as the HARV-E.  The differences between the HARV-E and HARV are that the HARV is loaded with extra features.  It has a full platform which allows you to carry more material with you and which also has a unique multi-position gun that allows you to move the platform gun to either side or the front or back which makes spraying from the platform easier.  It has a 50 gallon flush tank so you can clean out your hoses without needing to hook up to a water supply.  It has an electric rewind hose reel all as standard equipment.   Any of those items can be added as options on the HARV-E as well as a front platform that can be added to the HARV-E as an option.