Turbo Turf’s “Turbo Tack” high performance  tackifier is an erosion control product.  By modifying the soil structure, soil particles are tied together, water penetration is increased, water runoff is reduced and soil loss,  due to water erosion, is substantially reduced.

Turbo Tack reduces or eliminates clogs in the machine.  It causes the mulch slurry to become very slippery, helping mulch flow more easily through the machine.  Turbo Tack aids in germination.  It may be possible to use less seed due to a higher rate of seed germination.

Turbo Tack helps reduce call backs and re-do’s, resulting in lower overall operating costs.  The product is highly concentrated and economical to use.  It is environmentally safe, EPA exempt and will totally biodegrade in 3 to 6 months. 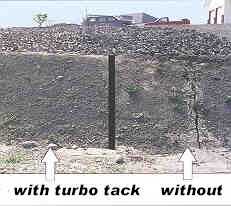 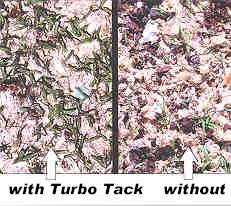 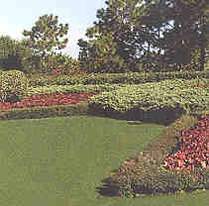 One 3 pound jug of Turbo Tack (will cover one acre)

Typical shipping charges for one jug of tackifer are $ 12.00 to $ 18.00 depending on distance if shipped to a business.   Shipments to a residence can be higher

Typical freight charges for a case of tackifer is about $ 18.00 to $ 25.00 depending on distance if shipped to a business.   Shipments to a residence can be higher

One case (4 jugs) of Turbo Tack. Will cover 4 acres

$18995plus shipping
Add to Cart
View Cart
Go to Top